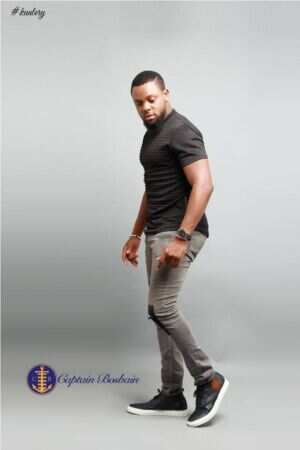 Who is Melvin Oduah?

Melvin Ekenechukwu is a renowned Nollywood actor, model, and social media influencer. He is one of the actors in Nigeria that dived into acting after reading a non-art related course and yet is making waves in the movie industry, Nollywood. Melvin Ekenechukwu has won the Most Promising Model of the Year at the Nigerian Model Achievers Award and also TAVA Awards for his role in a popular TV series “Happy Family”.

Melvin Ekenechukwu Oduah or simply known as Melvin Oduah is an award-winning Nigerian movie actor who also doubles as a model. He was MC born on June 28, 1986, in Delta state, losing his father at a young age. Melvin Oduah is from a Delta State background. He is 34-year-old as of 2020. Melvin was born into a family of four children, he has a twin sister named Melvina. Also, he has a kid sister named Tonia who is also twins with Tony, his brother.

Melvin Oduah being a talented personality, smart discovered his acting skills when he partook in Gulder’s ultimate search in 2007. Ever since he is a force to reckon with in the Nollywood industry acting lead roles in movies.

Melvin Oduah’s modeling career started in 2008. But however, after he participated in the Gulder Ultimate Search and taking second place in 2007 he won a Mr. Nigeria Beauty Pageant also taking second place. He came into the limelight when he partook in Big Brother Africa, 2013, “The Chase” representing Nigeria alongside video vixen, Beverly Osu. Melvin started acting professionally with a role in the TV series “Happy Family”. Also, Melvin Oduah has starred in movies such as “Bridal Shower” and “Beautiful Sunset”. Throughout his movie career, he has featured alongside top movie actors and actresses in the Nollywood movie industry.

Melvin Oduah is a special actor and model and has won bagged awards and titles in the modeling and acting craft. He won the “Most Promising Model of the Year” at the Nigerian Model Achievers Award and also the TAVA Awards in “Happy Family”. He was the runner-up in 2007 Mr. Nigeria beauty pageant.

Melvin Oduah was once nominated as “Most Promising Actor of the Year (English)” at the City People Movie Award.

Melvin Oduah is a popular artist, model and also a social media influencer. He has over 140,000 followers on his @melvin0duah Instagram account. Although his net worth is not yet calculated, he is expected to have an estimated net worth of $100,000.