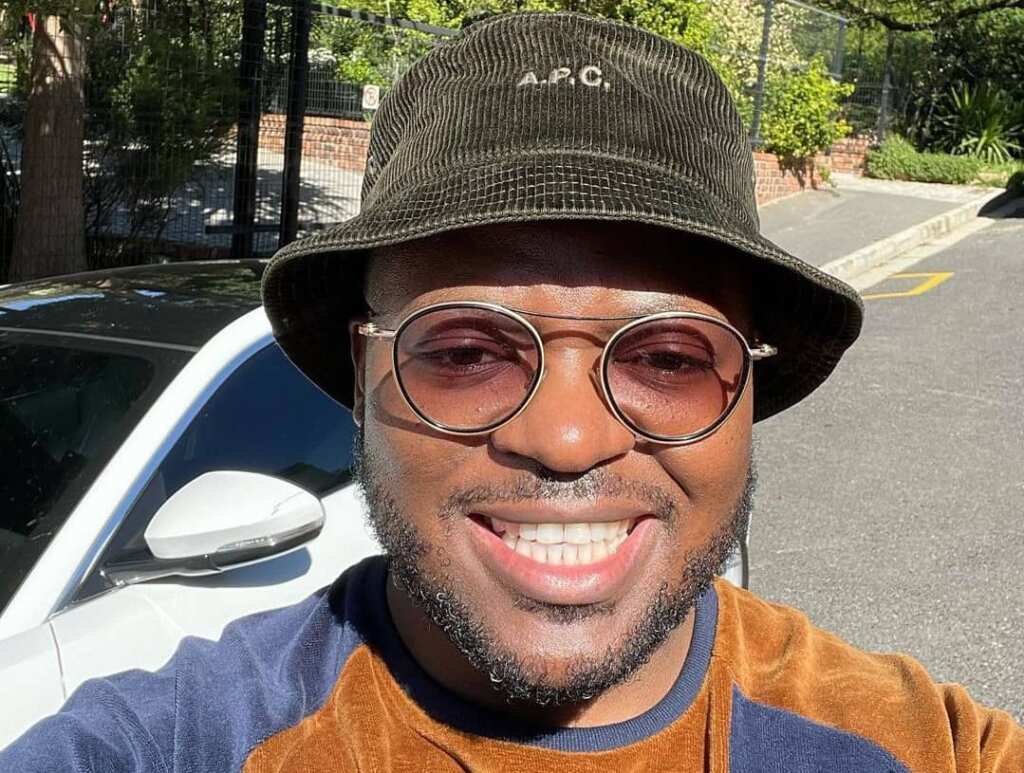 Khaya Dlanga is a prolific South African author, speaker, marketer, and blogger for the Cape Times and the Mail & Guardian online, News24 online. He was born on April 16th, 1980 in South Africa. The best-seller author was once a YouTuber who had more than 9,000 subscribers and 5 million views before, he ventured into marketing. He is the author of the bestselling book “Things Really Do Happen To Me” and “To Quote Myself: A Memoir”. He had worked with companies such as Coca-Cola and Heineken, amongst others. Currently, he works at Rain Mobile, a South African telecom company, as the Chief Marketing Officer. In this post, we will be looking at the Khaya Dlanga biography, age, books, marriage (wife), net worth, and other facts about him. First, let’s look at his profile.

Khaya Dlanga was born on April 16th, 1980 in Transkei, South Africa. He is 40 years old as of 2020. He had his education in 1991, after the apartheid regime in South Africa. He was one of the blacks who were enrolled in a school in South-Africa. He lost his brother, Nganga Dlange on 14th March 2020. He had to drop out of advertising school due to financial restrictions.

Khaya Dlanga is not married but he is engaged to Dr. Nokukhanya Khanyile, the vice president of Mental Matters.

The young enthusiastic marketer, who abandoned advertising school due to financial issues struggled to get a job in the advertising industry until he pulled a stunt that finally caught the attention of an agency. He wrote the funniest CV you would ever come across. Narrating how his funny CV worked for him, he said;

“I didn’t have a qualification and wanted a job at a highly awarded advertising agency, My CV was to show that I can be creative and funny, which is what they wanted.”

Khaya Dlanga’s journey into the work of product marketing can be traced to when he was a Senior Communications Manager of Creative Excellence. He also worked as the Senior Communications Manager of Creative Excellence and Digital at Coca-Cola South Africa for six years. While he worked with the drink manufacturing company, he initiated the Share a Coke campaign in Australia. The campaign advert went viral in that it was mentioned in up to 94 countries, winning several awards. He was recognized in multiple Loeries Grand Prix and multiple gold awards which include:

The best-selling author, Khaya was mentioned in Jeremy Maggs’s book, “Annual on Advertising, Media, and Marketing” as one of the 100 most influential people in media. He also appeared in the 2009 published Financial Mail’s “Ad Focus New Broom of the Year”.

I actually didn’t want to write a memoir, but my publishers kept on persisting. They have been asking me for almost two years. And I kept on saying no, no, no because I haven’t done anything special like cure cancer nor have I sorted out peace between the Israelis and the Palestinians.

To Quote Myself: A Memoir was nominated for the Alan Paton Sunday Times Non-Fiction award. “These Things Really Do Happen to Me” which is his latest book as of 2020 was published in September 2018.

From March 2003 till April 2007, Khaya worked as a Copywriter at the Jupiter Drawing Room Cape Town and Black River FC. He moved on to the Metropolitan Republic. where he worked as s content planner from May 2007 till June 2010. From July 2010 he worked as the Senior Communications Manager of Creative Excellence and Digital for Coca Cola South Africa, till February 2016. After which he became the Marketing Manager for Heineken.

He was also a frequent writer for the Cape Times and the Mail & Guardian online, News24 online. Khaya is currently the Chief Marketing Officer at Rain Mobile, a South African telco.

As of the moment of this post, the prolific writer’s net worth has not been estimated.