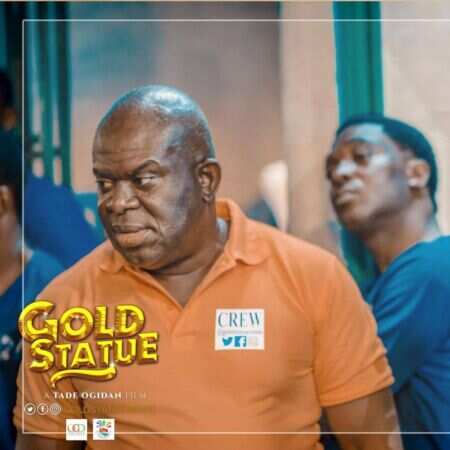 Tade Ogidan is a popular Nigerian movie writer, television screenwriter, producer, and director. Tade aka Akintade Ogidan was born on July 23, 1960, in Surulere, Lagos to the family of Akinola and Racheal Ogidan. Tade learned under the mentorship of David Orere, who was the producer in NTA (Nigeria Television Authority) in the 1970s. Tade Ogidan is currently the CEO of OGD Pictures and OGD Music Ltd. The company’s first movie production was titled “Hostages”, an award-winning of the 90s. In this article, we will be looking at the Tade Ogidan biography, how he started his career, and Tade Ogidan’s net worth.

Tade Ogidan’s full name is Akintade Ogidan. He was born on 23rd July 1960, the same year Nigeria got her independence. Tade was born into the family of Mr. Akinola in Lagos. For his basic education, Tade schooled at Government Demonstration School and then proceeded to Surulere Baptist School, Surulere, Lagos to continue his basic education. In 1972, Ogidan moved on to Ekiti Parapo College, Ido-Ekiti for his secondary school education. Then in 1974, he moved to Maryland Comprehensive Secondary School, Ikeja, Lagos where he finally graduated in 1978. Tade Ogidan had his tertiary education at Eastern New Mexico University, Portales, NM, USA. where he studied Film, Radio, and Television Production. He also graduated from the State University of New York, the USA with a degree. 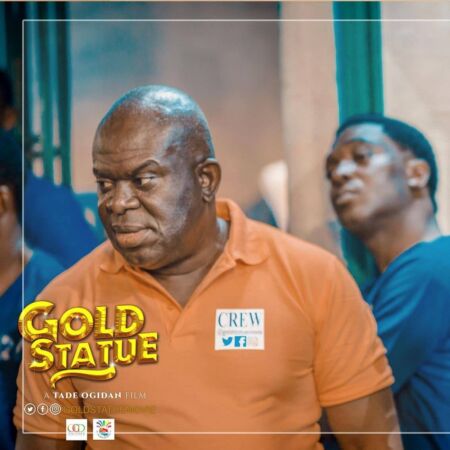 Tade started his career learning under David Orere, who was the producer in NTA (Nigeria Television Authority) in the 1970s. Tade would take up acting roles assigned to him by David although he had no passion for being in movie scenes. Although started acting at the age of 16 at the University, David would rather be the man behind the camera, directing a movie, than be the one in front. He also learned how to write movie scripts too.

After completing his education and his National Youth Service Corp Scheme which he completed in 1983, Tade started as an in-house writer, producer, and director at NTA Channel 10. His work also requires he worked as a continuity manager at NTA channel 5. Tade spent almost 10 years working at the Nigerian Television Authority, Lagos. He had directed and produced several engaging drama series and specials on NTA. He started gaining fame when two of his works, Blinking hope and The Reign of Abiku won awards in television festival in the 80s. He moved on to work in various magazine shows, and projects. Tade left NTA in 1990, to establish himself more. This was when he created OGD Pictures LTD. Ogidan coined his company name from his surname OGIDAN. OGD pictures became the top brand for movie production back in the days. 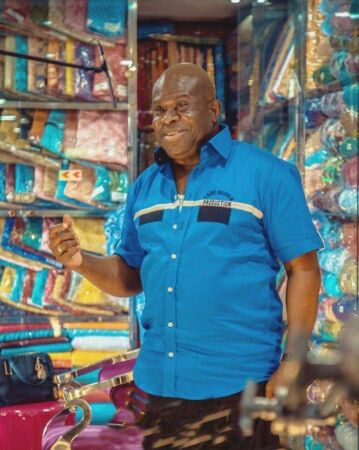 OGD Pictures’s first movie production was “Hostages”. “Hostages” was a telenovela series that broke the television space but it was quite a struggle for Tade to fund cause he had just left his salaried work to embark on such a project. The photography for the series took three months to complete. And then there were challenges with the movie set that should depict luxury, and Tade and his team were not going to compromise on the standard and scale which the visioned for the series.

The first’s company project was self-funded by Tade, so his team only worked when got money from TV commercials he shot. Some friends and family aided the production of the movie which took 5 – 6 months to complete. Chief Dr. Raymond Dokpesi CEO of DAAR and owner of AIT saw Hostages’ trailer and was quite impressed that he took as one the drama projects to air on his television which was about to launch then as of 1996. Hostages had to make more fortune so, Tade Ogidan edited a version for a film when Nollywood had just started The series made a great success at the cinemas and on video. The movie was finally released in 1996.

Tade in 1995 released “Owo Blow” even before “Hostages”. Owo Blow was the movie that made Femi Adebayo popular. Femi Adebayo is now the Special Adviser to the Governor of Kwara State on Arts, Culture, and Tourism. Femi also is the son of a veteran actor, Adebayo Salami. Since Owo Blow, Tade has continued to write, produce and direct several notable Nollywood films. Tade’s OGD music released The OGD All Starz Jamz which made room for several Nollywood movie stars to release their songs. OGD Pictures LTD also did TV commercials and projects for big companies and carried out major live events for the Lagos State Government. One of the commercials OGD Pictures LTD did for the Lagos State Government was the 2014 edition of the Lagos State Governor’s Education Awards. The commercial was for a live musical drama that featured over 200 Lagos State Public Secondary School pupils performing alongside Nollywood stars like Patience Ozokwor, Hafiz Oyetoro, Yinka Akanbi, Femi Adebayo, Gloria Young, and Lepacious Bose.

OGD pictures LTD holds the record of the shooting the first and second Nigerian-made TV commercials to ever be shown on CNN International in the early 90s. 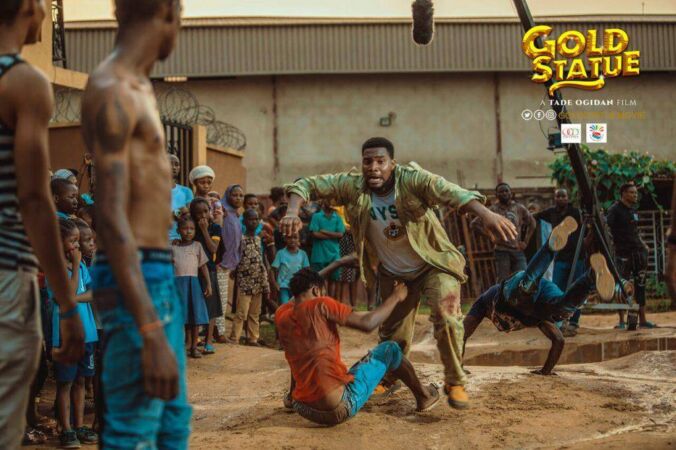 List of movies released by Tade in their order of release are listed below;

Tade won various notable awards back in the 90s, his recent awards include;