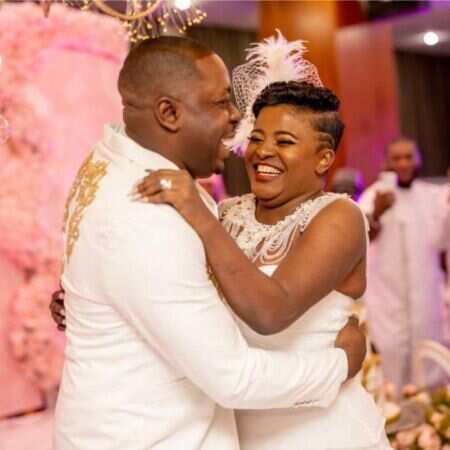 The personality in our spotlight today is the popular love therapist – Angela Nwosu who talks about marriage, couple’s life in and out of bed, sex, and basically anything concerning relationships. We made sure this article covers every single information you need to know about Angela Nwaosu who is also known as Digital Ogbanje. You’ll find out Angela Nwosu’s biography, her marriage, her husband, and possible net worth.

Angela Nwaosu aka Digital Ogbanje was born and brought up in Nnewi in Anambra State. The love therapist schooled at Madonna University in Okija in Anambra State. Aside from being a love therapist, Angela Nwosu is also a philanthropist as many describe her as a lady with the heart of gold. She once gave $2,300 for a peace treaty to a guy she met on Facebook, her post on Facebook reads,

“I requested to be paid in dollars 💵, I got paid in dollars💵💪 This is 2,300 dollars, I will give this money to someone I have never seen before. A guy that has been my Facebook friend since 2017. Our first encounter on Facebook was when I made a post about christianity and he insulted the living day light out of me😂. Out of anger, I called him broke and jobless, that he would die in poverty😔 (that was when I used to insult people) I’m a better person now, thanks to my husband ❤️.

Few months later, the guy commented on my post and apologized for insulting me, I accepted and gave an equal apology to him as well, since then, he’s active here. But the problem is that each time I see his comment, it reminds me of the harsh words I said to him, it hasn’t left my mind for two years now😔 Because of him, I decided to ask for my pay in dollars, I will hand everything over to him, so that I will stop feeling bad whenever I see his comment. I will give him this money on the 31st of this month, with a hug 🤗 and good wishes.

Dollar is higher than naira, so it signifies greatness. I say this with all my heart, dude will not be broke in 2020, he will break free from poverty and will not die in poverty🙏 The universe will favor him.

I’ve grown to learn that my mouth can be a blessing or a curse to people, whenever I emotionally throw words out. I will keep learning to bridle my tongue in moments of anger. Blessing over curse🙏 One step at a time.

Mind what you say in the heat of anger or when hurt, some of us have poisonous and powerful tongues, believe it or not.

Love therapist, Angela Nwosu is married to the love of her life and it doesn’t stop her from doing her videos. She got married to her husband, a rich businessman and movie director in the person of Emeka on September 30, 2019. Recall that Angela Nwosu said that her future husband must undergo a ritual – bathing in a river for three(3) times. We are not sure if Emeka did bathe in the river before getting married to Angela Nwosu.

Angela Nwosu is said to have saved and still saving marriages, via her vlog where she talks about marital and sexual affairs. She is known to do her videos in the Igbo language making her audience only those that understand the language. She tried using English, but sadly YouTube screens obscene words off videos, meanwhile Angela is the type that likes to use raw languages.

if our credible source’s information is anything to go by, Angel Nwosu’s net worth is an estimated $10,000. She runs an active Youtube channel and Facebook page where she advises her fans on relationship matters.