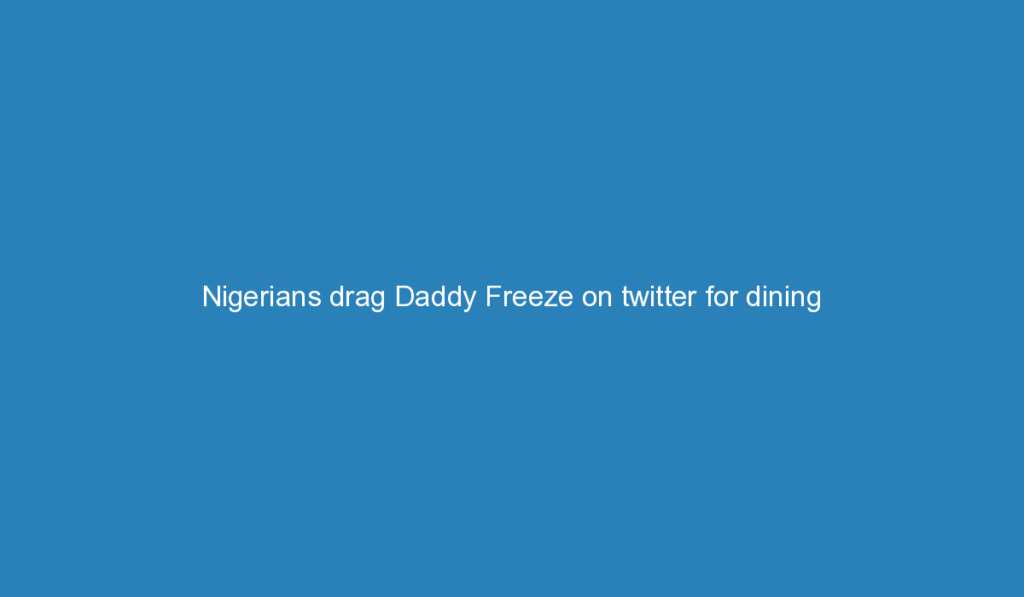 Founder of Free The Sheeple Movement, Daddy Freeze aka Ifedayo Olarinde is trending on Twitter for the wrong reason. The Scripture Scholar was being called out after a video showed him dining with Huspuppi, an internet fraudster who was apprehended by the Dubai Police recently. Daddy Freeze who is known to antagonize pastors and castigate tithing was seen the video laughing with Hushpuppi and making a mockery of people who have low income, literally.

The video of Daddy Freeze dining with Hushpuppi which was posted by Daddy Freeze on Youtube in October 2019 was dug up by Nigerians after the Dubai Police released a short video of how they arrested Hushpuppi. The Dubai Police video which was dubbed “Operation Fox Hunt 2” brought shame to the Nigerian Instagram celebrity, Hushpuppi, whose real name was revealed as Ramon Olorunwa Abbas. Watch the video below.

Daddy Freeze who is known to be an interpreter of the Gospel shows full support for Hushpuppi. In the video making rounds on the internet, Daddy Freeze who was recording the video laughed as Hushpuppi gushes out how much he pays his driver monthly – NGN700,000. Freeze mockingly suggested that Nigerians should have their “jobless” fathers work as Hushpuppi’s driver. Freeze has not made any comment in reaction to the video, as Nigerians continue to call him out as Hypocrite. They accused him of misleading Nigerians and at the same time mocking them because of their little pay. Is he going to deny Hushpuppi?