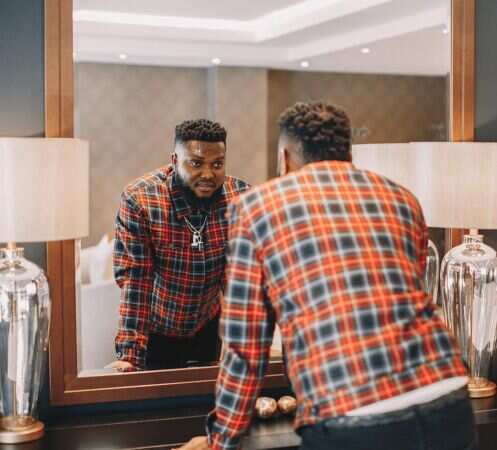 Dr Dolor is a famous Nigerian music producer and entrepreneur. He is best known as a music producer and the founder and CEO of Dr Dolor Entertainment, a record label. He left the telecommunications industry to chase his passion for music. He had loved music since childhood and found himself doing it for a living, although he didn’t study a related course while in school. His record label spreads from Nigeria to the US and has signed in famous artists such as Teni Apata and Hotkid. For this article, we will be writing on Dr Dolor’s biography, age, career, and net worth.

He proceeded to the University of Benin (UNIBEN), one of the most prestigious universities in Nigeria, for his tertiary education. He graduated with a second class upper in Mathematics and Economics (Double Honours) in 2005 from UNIBEN. Osadolor Nate is happily married, and his marriage is blessed with three sons.

Before Osadolor began his music career, which he longed for, he had already put out his degree in the labour market. He worked as the marketing executive at Etisalat (now 9mobile). He also worked at Globacom, where he advanced to the manager position. Having acquired first-hand the skills needed to run a telecommunication firm, he established his telecom business, Global Prime Advantage Solutions (GPAS), an IT company.

Dr Dolor sidelined his nine years of telecommunications career to pursue a career in the music industry. He established Dr Dolor Entertainment, one of the fastest-rising and various music record labels in Nigeria and the USA. Dr Dolor Entertainment houses talented musicians such as – Ryan, Teni Entertainer, Hotkid, and Vanila.

His music label was officially launched in December 2016 to help young music artists to achieve their potential in the music industry. He first signed in a younger rapper, Ryan aka Aisosa Adaze Ryan Omo-Okhuasuy, before he signed in Teni Apata, who is one of the trending artists on the record label.
Dr Dolor has some songs such as Figo, Bush Man, and Rambo.
Dr Dolor won the Music personality of the Year award at the South-South Music Awards in 2017. His record label was also recognized as the Innovative Record Label by the Lagos State Eti-Osa Achievers Merit Award.

Dr Dolor’s net worth is not yet official, but he is reportedly worth more than $100,000. He is one of the best music producers in Nigeria. He runs two thriving businesses, Global Prime Advantage Solutions (GPAS), an IT company, and Dr Dolor Entertainment, a record label.