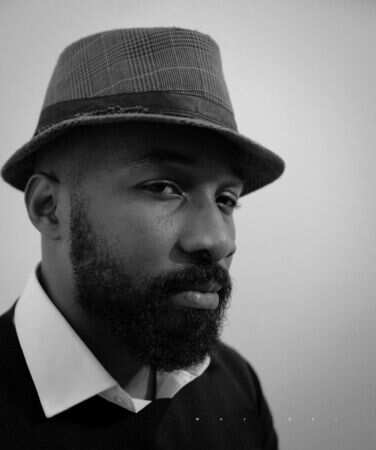 Who is E Kelly?

E Kelly is a renowned music producer in Nigeria. He is also known as Emmanuel Kelechi Nwosu. He is a songwriter and sound engineer with a unique music production procedure. He was born on 3rd August 1980 and hails from an Igbo lineage. He is the Head of Music for EmPawa, a talent management platform owned by Mr. Eazi. E Kelly’s real name is Emmanuel Kelechi Nwosu. He built an understanding of music at an early age when he was playing drums in his local church. In this post, we will be writing about E Kelly’s biography, his age, net worth, and his music career.

Emmanuel Kelechi Nwosu was born on 3rd August 1980 into a Christian family. The Igbo born music producer is 41 years old as of 2021. He grew up in Jos, Plateau State where he attended his basic and secondary education. Emmanuel furthered his education at the Federal Polytechnic, Bauchi where he graduated with a Diploma in Accounting. After two years, he continued his education at the University of Jos (UNIJOS) to complete his Accounting degree. Within the two years before going to university, he brewed himself in the art of music.

In November 2019, E kelly proposed to his girlfriend, Nina Yalwa whom he has been dating for 5 months. The music producer who is expected to wed in 2020 shared the news of his proposal on his Instagram in these exact words

Baby Girl, the first day we hung out that beautiful Wednesday I began to sense this was a divine connection. I had tried so many times in the past, and failed, then you showed up or let me say it better ‘God presented you to me

We look forward to a glamorous wedding of E Kelly and Nina Yalwa this year, 2020.

E Kelly began his music career in his local church, United Baptist Church in Jos. He developed a special understanding of rhythm during his early teen years. In 1994, when he was 14 years old he learned how to play the drums while in school. He didn’t have his own music set, so he would arrive at choir rehearsals early enough so he could train himself on multi-tracks and create unique beats that fascinated his church’s music director. He mastered his first music piece with a Yamaha PSS 795 module at the age of 16. During his early days into music, E Kelly was strongly influenced by music bands the popular R&B group, Boys II Men. He also loved listening to Rodney Jerkins (DarkChild), Timbaland, and 90’s R&B/Hip-Hop Music.

He started his professional career as a music producer after relocating from Jos to Lagos in 2009. He worked his way into the music industry alongside his childhood friend, M.I Abaga. While he was schooling at Federal Polytechnic Bauchi, E Kelly devoted part of his reading time into improving on the art of putting pieces of music together.

E Kelly Beatz is the A&R (Artists and repertoire) of Banku Music and emPawa Africa. His job is talent scouting and overseeing the creative development of recording artists and songwriters. He has also produced songs for popular Nigerian artists such as Mr. Eazi, Major Laser, Patoranking, Vanessa Mdee, Tekno, Ycee, M.I Abaga, and Waje. He matches with other music producers in Nigeria such as MasterKraft, Samklef, and Dj Neptune.

In May 2020, he released a 5-track EP album titled “No Secrets” where he featured stars such as Joeboy, Boybreed, and Minz. Included in “No Secrets” is a track he featured with Mr. Eazi. See all the songs in E Kelly’s No Secret EP.

E Kelly is one of Nigeria’s top music producers. He is one of the richest and his net worth is an estimated $250,000.