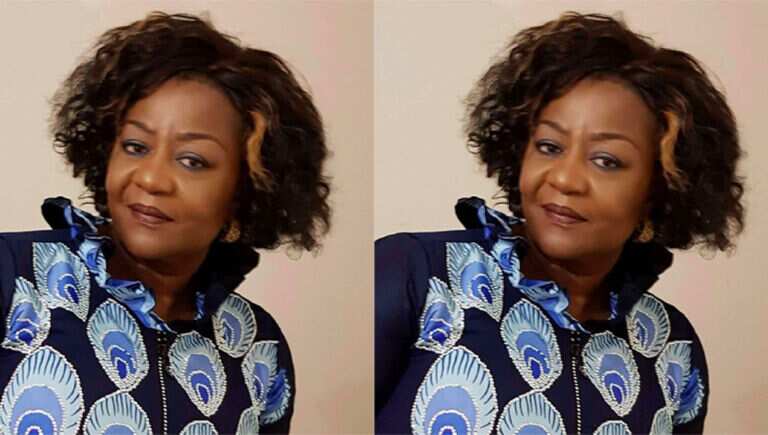 Who is Lauretta Onochie?

Lauretta Onochie is a popular Nigerian civil educator and government worker. She is the special assistant to President Buhari on social media and an ordained pastor.

This is why you might see her exhibiting unflinching support for the not-so-good president. Lauretta Onochie is known for her posts on social media which sparks controversies.

She is a mother and a grandmother and her family live in England.

Fun fact, Lauretta prefers palm wine to any other beer and she belongs to a drinking club, Palm Wine Drinkers Club.

The Nigerian President Muhammadu Buhari nominated Lauretta Onochie as one of his media aides to occupy the position of the national commissioner of the Independent National Electoral Commission (INEC).

She was once a member of the Umu Anioma Foundation until she resigned in 2012. And later teamed up with Elder Emeka Esogbue, Nigerian journalist and historian, Gloria Adagbon, and Emmanuel Nwaokolo to establish the Ndi Anioma Group of Nigeria. The group also has a youth wing known as the Ndi Anioma Youth Movement.

Lauretta Onochie was born in the late ’60s. She is from Anioma, the igbo=speaking part of Delta state. The community is surrounded by Enuani, Ukwuani, Ndokwa, Ika, and Oshimili/Aniocha, all in Delta State.

She grew up in Calabar and had most of her early life there, as she spent 18 years of her life in the state.

She attended primary and secondary schools in Calabar and completed at the University of Calabar where she read elementary education.

To further her education, she moved to the University of Benin where she read Business Education. She later moved outside Nigeria for her post-graduate studies at the University of Greenwich. There she earned a postgraduate degree in Post Compulsory Education and Training (PCET), a professional teacher education program that qualifies a person to teach in the post-compulsory education and training sector.

Let’s talk about how she worked up to become the special adviser to President Buhari.

From 2005 till 2011, Lauretta Onochie taught at New City College – Epping Forest Campus. From there she moved to become a consultant for AfricaFirst, till she was appointed the Personal Assistant to President Muhammadu Buhari in 2016.

It’s okay if you didn’t know that Lauretta Onochie is a pastor, she doesn’t have it written on her forehead, moreover, she barely appears as one.

So, for the record, Lauretta Onochie is a pastor. She attended a Bible college in Calabar and was ordained a pastor upon the completion of her course.

Is Lauretta married or not? let’s find out.

Contrary to widespread rumors, Lauretta Onochie is married, and only once. This is contrary to claims that she has been married five times.

Oops sorry, that information is not available.