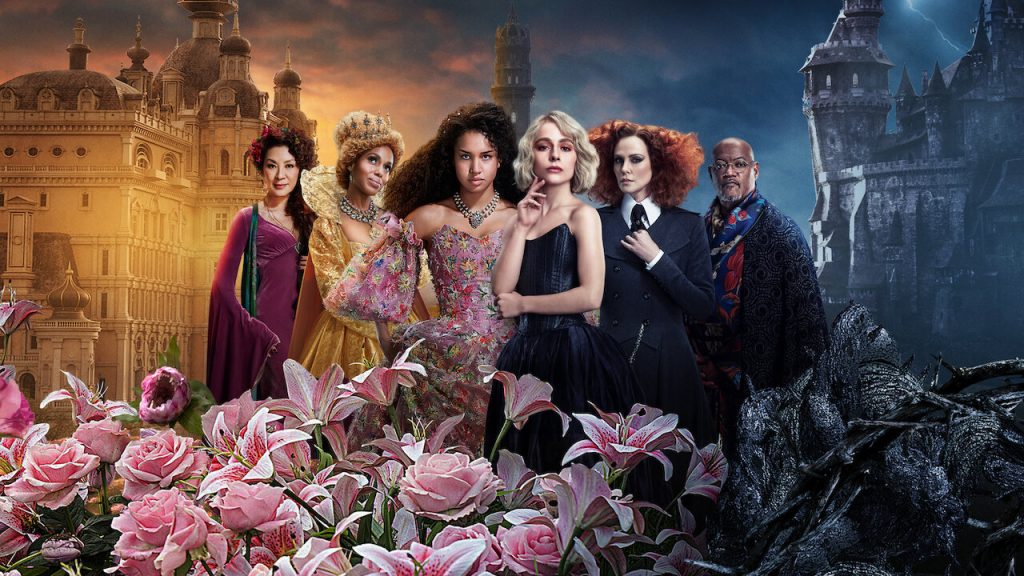 The School for Good and Evil, I must say, is one of the best movies to be produced by Netflix. Despite not reading the series by Soman Chainani, seeing this movie qualifies the book series as a good read. Although, I hope to read this series once I get a short break from my busy schedule.

Foremost, I must commend Chainani for creating such a beautiful storyline. Equal regard also goes to Netflix for a remarkable job at choosing characters that perfectly played their roles – the character blend was impressive.

The first element of The School for Good and Evil filming that caught my attention was the beautiful friendship between the lead actors – Sophia Anne Caruso as Sophie and Agatha (Sofia Wylie). Despite this duo having worlds-apart personalities, they still found a way to fuse into an enviable bond.

While Sophie is your typical warm, fairytale-obsessed Cinderella princess, Agatha seems the polar opposite – a cynical misfit that would easily pass for mean, cold, and rudeness. That perception was to be short-lived following the transformation that awaited them at the school (well, even I didn’t see it coming).

Tired of her not-so-exciting and uneventful life in their little village of Gavaldon, Sophie makes yet another wish at the same wishing tree where she sealed her lifelong friendship bond with Agatha. But this time, this was one wish that would alter the course of her life without Agatha’s knowledge and at the expense of their relationship.

Sophie’s and Agatha’s arrival at The School for Good and Evil brought a massive play on my emotions, thanks to Paul Feig’s masterful movie directing skills. While I felt sorry about Sophie’s plight at the School for Evil, Agatha’s situation left me with mixed emotions. Prominent among them were disappointment and frustration.

As you would expect, Sophie had a rough time settling into the lifestyle at the School for Evil. After all, she was the warm, charming, and lovable Princess of Gavaldon. At one point, I nearly punched the screen after watching one of the Nevers bashes Sophie’s face in a bowl of tadpoles during Ugly’s class.

Of course, a big surprise awaited us as events unfolded. The line of events that revealed Sophie’s true identity also came with a lesson: never judge a person until they’ve been through certain circumstances capable of unveiling their true character or hidden potential.

Justice won’t be served if I fail to commend the costume designer, Renee Ehrlich Kalfus, for her big display of expertise. She did a great job choosing costumes that suited each character and their corresponding roles. Sophie and Agatha had outfits that subtly evolved with their transformed personalities.

Looking closely, however, one would notice several things that could have been done differently. Top actors like Laurence Fishburne (the schoolmaster) and Rob Delaney were given roles that made their appearances fewer than would have sufficiently done justice to the flavor they could have added to the movie.

Also, I believe there could have been more to Sophie’s and Tedros’ (Jannie Flatter) forbidden romance. I also noticed very few magic scenes to adequately drive home the fairytale world hinted at the beginning of the movie.

I can’t tell if there were some plot twists, but too many scenes hinted at Sophie and Agatha falling apart – which did not happen. At one time, Sophie attempted to flee Gavaldon without Agatha, then again, she left her alone in the forest during her trial with Tedros and her quest for “True Love’s Kiss.”

In addition, I noticed that the filming time was too long for a concise storyline.

Notwithstanding, I have high hopes for a future sequel to the movie. Of course, having Tedros’ arrow cross the vortex between the two worlds holds loads of promises for a more engaging sequel, and I’m looking forward to its release.