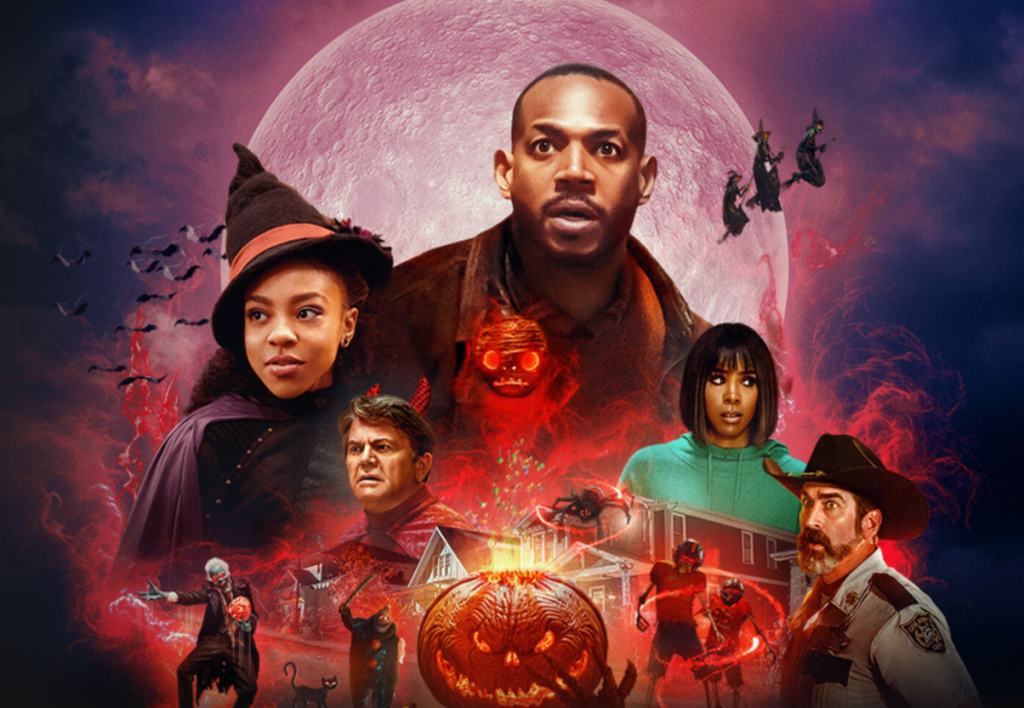 Unlike every Halloween movie with scares, suspense, and kills, The Curse of The Bridge Hollow, adds a bit of comedy to her suspense and thrills. As expected this newest freebie is created to spice up family times around the Halloween holidays.

Wow. I was indeed disappointed. Again Netflix succeeded in shattering hopes of a successful Halloween. The idea of mixing humor and horror to present an enjoyable yet horrifying movie was thrown into the mud – as the Bridge of the cursed Hollow created a Halloween mess.

Jeff Wadlow, the director of “truth or dare” and “Fantasy Island,” really didn’t successfully catch the freebie on this one. We all know Jeff to be a man of humor and horror, as can be seen in the success of “kick-ass 2” he didn’t get it entirely right on this one.

Spoilers ahead, if you have not watched the movie, this is right time to stop reading, or skip to the review.

“The Curse of Bridge Hollow,” a horror comedy story, is about a 14-year-old Sydney (Priah Ferguson), and his dad Mr. Howard (Marlon Wayans). On Halloween traveled to a new town. The Howard family tries to blend in even though Mr. Howard, a man of empiric beliefs (as a high school science teacher), doesn’t believe in the supernational. In her Punic inquiry, the story takes a turn as Sydney mistakenly messes with an Ouija board; this unlocks a demonic spirit, which brings to life every Halloween decoration in town.

The Howard Family had to contend with the awakened skeletons, zombies, and clowns who terrorize the city, the rational father and impressionable Sydney must team up and meet each other’s agreeing to their parallel views, create possible solutions to crack and solve the case of the supernatural Halloween occurrences in a town which is widely known for its Halloween decorating. From the dead house decor of a zealous neighbor (Rob Riggle), whose yard is decked out with zombies in tribute to “The Walking Dead.”, to the various clowns and decors surrounding the town.

The movie thrived in giving vibes of comic adventure, but it failed to deliver that real experience that one gets when seeing such films. It was just too childish (maybe the bulk audience for the movie was kids).

As I pointed out before, the movie failed to put together the good solid imagination needed for Halloween – like for real -a spider in a nursery?…. Whaaaat. The script’s contents make it even more, ridiculous, considering the director of the movie and his many previous works. Wadlow didn’t get it right this time. That takes me to my next point.

The town had many people who added little or nothing to the movie, for instance, Mayor Tammy (Lauren Lapkus) and Principal Floyd (John Michael Higgins); these folks were unapologetically not literally part of the main story; they swang in and out. Come to think of it; these guys would have made a great addition to the story.

Mrs. Howard (Kelly Rolland) didn’t live up to the hype. For real, was that all she could offer in the movie?… I was like, Wadlow could have done better.

The Curse of The Bridge Hollow

As I pointed out before, the movie failed to put together the good solid imagination needed for Halloween