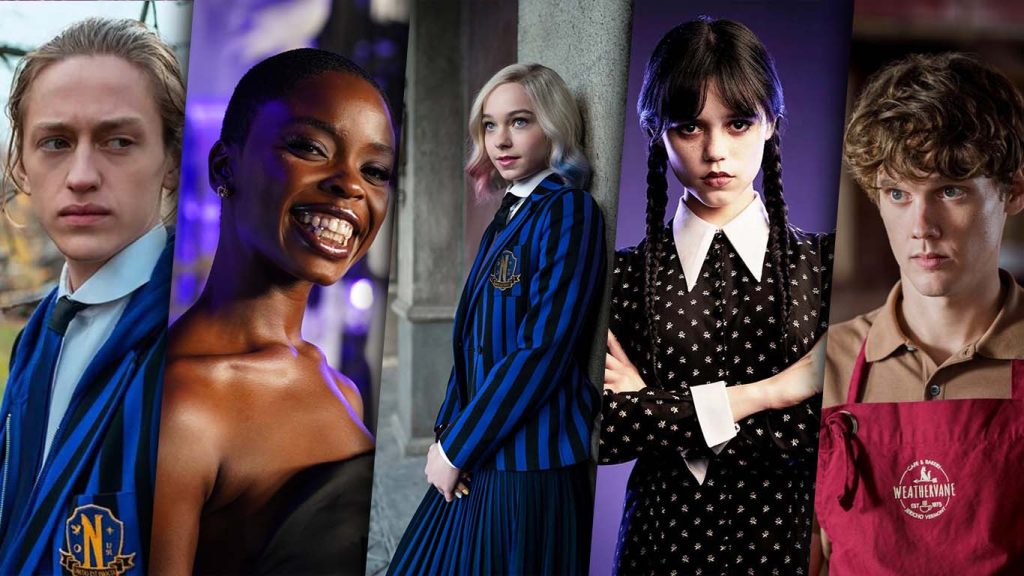 You probably just completed seeing episode 8 of the Wednesday series and can’t wait to see what’s up next. Just in case you don’t know, season 8 is going to be the last episode in the Season 1 of the series. Perhaps, you’re not sure there’s even going to be a continuation.

I understand there are a lot of questions running through the minds of the Wednesday series fans about what to expect if at all there’s going to be something new in the series. In this article, I’ll provide answers to some of these important questions. So, sit back, grab some popcorn, and have a good read.

Will there be a season 2 of the Wednesday series?

Whether or not Netflix’s popular series, Wednesday, will have a stream 2 is one thing you can’t predict for sure. This is because the series was only commissioned to have a season 1 and the possibility of a season 2 depends on the performance of this first season.

However, judging from the series’ rise to #1 on Netflix’s streaming chart, it is safe to say that the movie will get a season 2.

When is the release date for Wednesday Season 2?

Speaking of a possible release date, this will also have to wait until sometime next year. But the expected date of release should be disclosed some weeks or months prior to the release. But before then, the performance and popularity of the Wednesday series will have to be analyzed for the next few months.

Also, there should be ample time for the filming, post-production, and marketing of the new season. So, from my predictions, the next season of the Wednesday series should be aired sometime between the middle of next year and December.

Aside from the main storyline, several events in the 8th episode got us more excited about what to expect if a new season comes on air. First off, we witnessed the destruction of Joseph Crackstone and also discovered the connection he had with Wednesday.

Also, we saw the identity of The Hyde and its master being revealed, with Miss Thornhill working undercover. Gomez and Morticia Addams also gained pardon for a crime they committed about 30 years ago.

There was also the event of Xavier breaking free. Lastly, Wednesday received an iPhone gift from Xavier, followed by a message that could lead to a more interesting story in Season 2.

What characters will return in Wednesday Season 2?

At the end of season 1, there were no major deaths apart from that of William Houston (Joseph Crackstone) and Gwendolyn Christie (Principal Larissa Weems). So, we should expect to see the main characters in the cast.

Who sent the messages Wednesday received on her way home from the Nevermore Academy?

On her way home from school after receiving the iPhone gift from Xavier, Wednesday received a message containing photos of herself and Xavier, and Tyler, and a message from an unknown sender. The message talked about someone watching her. But who could that be?

In the first photo, she was inside the coffee shop with Tyler. The second photo showed Wednesday and Xavier while he gave her the iPhone just moments before leaving Nevermore. But why would anyone watch her? Was the person protecting her or the stalker had malicious intentions?

The identity of the unknown sender may be revealed in the next season, but we could make some guesses. The difficult part of the guess is that there are several people to think about. First off, one might consider Bianca at the top of our suspects’ list. This is because one of the pictures was taken inside the academy, implying that someone within the school had taken the picture.

More so, Wednesday already had an unpleasant experience with her during her first days in school. However, they settled their differences and even worked together to save the day. So, that clears Bianca. That leaves us with one likely suspect – the sheriff.

Despite Wednesday not being the one who turned him in, she may still take the blame for a thing or two. This is because of the many troubles that arose from his son and Wednesday spending more time together.

Who should we expect as the new antagonist?

The ending of the first season of the Wednesday series leaves us at crossroads as regards who the next antagonist might be. Could it be Wednesday’s stalker or the Morningsong cult? Gabrielle’s demeanor makes her and the cult major suspects.

Lucas Walker’s joining the Morningsong could also be a factor to consider. Could the cult be using their new recruits to keep a close watch on Wednesday? Also, Bianca found her way into our list of suspects following her initiation into the Morningsong.

Although she never wanted to join, she had to because of Gabrielle’s threats to reveal how she sirened her way into Nevermore academy to others. With a lot of speculations up our sleeves, we only have to watch and wait.

There should be a lot more to our imaginations than we can express about what to expect from Wednesday Season 2. But what use would be a movie if we could accurately tell what comes up next? Like I mentioned earlier, everything I’ve discussed before now are but predictions just in case Season 2 comes with something different. However, in the event that it turns out as I predicted, you can thank me later. Apologies if you’re a Netflix fan that doesn’t like spoilers. So, that brings this article to a wrap. Feel free to share your thoughts and expectations from the upcoming Season 2 of the Wednesday Series.