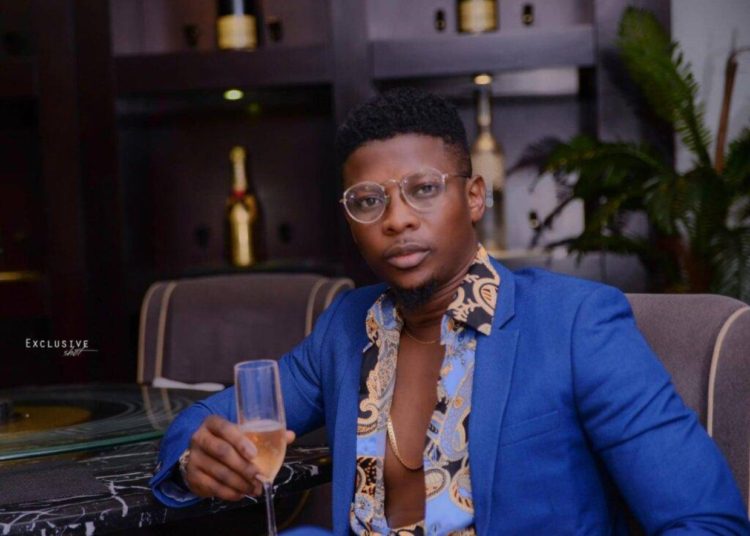 Rotimi Salami is an award-winning Nollywood actor. He is versatile in the entertainment industry as he fits into the shoes of a movie producer, director, scriptwriter writer, and set designer. He is also a television personality, entrepreneur, and current chief executive officer (CEO) of Monski Media Concept. Rotimi is popular for the roles he played in various award-winning television series such as; Papa Ajasco, Tinsel, Crack in the wall, and super story. Rotimi Salami is from Lagos State. His movie acting began at an early stage since his primary school days. He is the producer of the popular home video, Kuti’s Career Palace. In this piece, we will look into Rotimi Salami’s biography and give you detailed information about his wife and his net worth.

Let’s take a look at his profile.

Rotimi Salami was born on 1st December in Lagos. He grew up in Ajangbadi in Lagos state. Rotimi is the first son out of 2 boys and 3 three girls. He had his primary education and secondary education in Lagos state too. Rotimi Salami’s dad is a steel construction engineer and his mum, a businesswoman. He grew up with a burning desire to be an actor although he had thought actors in televisions were not real people. Rotimi attended St. Mary’s Nursery and Primary School, in Ajangbadi, Lagos and Abeokuta Grammar School, Abeokuta in Ogun State. Rotimi Salami furthered his education at Lagos State University where he graduated with a Bachelor’s Degree in Sociology. Having a strong desire to be at the top leagues in the movie industry, Rotimi Salami attended the New York Film Academy in the United States of America and obtained a Diploma in Film Directing.

Rotimi started acting when he was in primary school. He was an active member of a drama club in his primary school. He started his professional acting in 2007, signing up for auditions tirelessly, he landed his first role in a movie titled “Unknown revenge”. After featuring in “Unknown Revenge”, he also landed a role in a television series – “Shangisha Kingdom”, a film by Ola Razak, (CEO) of Cobweb Audiovisual Production.

Rotimi Salami kicked off his career on a good note and landed roles in other movies such as;

Rotimi Salami is married to Jumoke Arinola salami. He got married to her in June 2015. He noted that it was his wife who stopped him from quitting acting. The couple is blessed with a child.

Rotimi Salami has won several notable awards, thanks to his successful career in the movie industry. Some of which include;

Rotimi Salami is one of the Nigerian actors with affluence and influence. His net worth is an estimated $500,000.

Rotimi Salami is an award-winning Nollywood actor. He is versatile in the entertainment industry as he fits into the shoes of a movie producer, director, scriptwriter writer, and set designer.