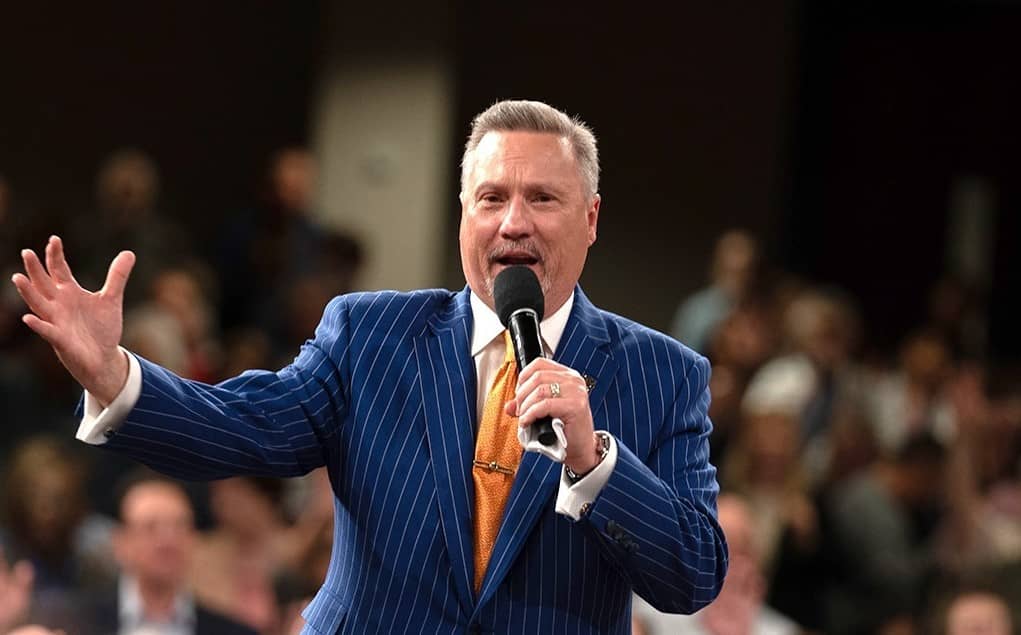 Who is Donnie Swaggart?

Donnie Swaggart is a pastor, evangelist, and singer who is well known for being the son of the renowned preacher Jimmy Swaggart. He has been in ministry for a very long time and he is the co-pastor of the Family Worship Center.

In this article, I would be writing about Donnie Swaggart biography, age, house, family, sermons, net worth, and other facts about him. First, let’s take a look at his profile below.

Donnie Swaggart was born on October 18, 1954, in Baton Rouge, Louisiana in the United States of America to Jimmy and Frances Swaggart and he is the only child of his parents. There is no information concerning his educational background and he has not revealed it to the media either.

Donnie is married to Debbie Swaggart and they divorced in 2003 and Donnie married Judie however, he ended up divorcing again. After his divorce from Judie, he remarried Debbie again in 2006.

Donnie and Debbie have three grown children namely Gabriel, Jennifer, and Matthew Swaggart. They also have eight grandchildren Samantha Gabrielle, Abby Jill, Caroline Frances, Ryder Euin Presley, Navy Matthew Aaron, Lola Josephine Rose, Harper Riley, and Harrison Brooks. Thrillng.com gathered that some of his children are actively involved in the ministry with Gabriel and his wife Jill being the head of CrossFire Youth Ministry, a part of the Family Worship Center.

Donnie is known for his fiery preaching style and he is the leader of the HolySpirit Night Camp meeting in Baton Rouge, Louisiana, thrillng.com gathered.

Donnie Swaggart lives in Baton Rouge and his house was estimated to be worth $726,000 in 1988 and it is located close to his father’s house.

There have been rumors that Donnie has undergone eye surgery however, he is yet to confirm this.

Donnie is a renowned televangelist and he has an estimated net worth of $1million.