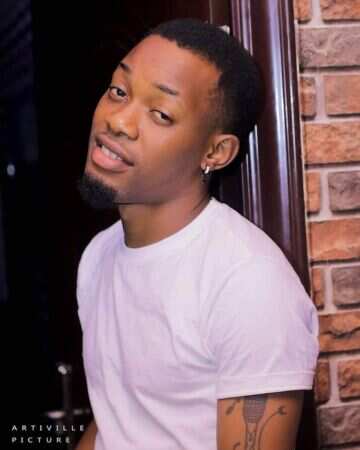 Eze Kingsley Nnamdi popularly known by his stage name, Arome, is a Nigerian musician from Enugu state.
The singer hails from Obollo-Afor in Udenu Local Government Area, Enugu State, Nigeria. He is a renowned music producer, singer, and songwriter.

Arome was born on 23rd March 1995, in Port-Harcourt, River state. He grew up in the same state in a family of four (4) children, where he happens to be the last.

He graduated from Osisatech Polytechnic, Enugu where he obtained a National Diploma cert. he was raised in Port-Harcourt, Rivers State.

He has always been a go-getter, he started making music in 2010 when he released his first Song Kemp, followed by other songs including, Ribe, Surrender, Mindset, Iheoma, and Thank God.

In December 2019, he released his first EP album titled “Crude“. The EP album consists of eight (8) tracks and collaborations with other top artists in the music industry like Hype MC, Paragon, and Nazzy.

Arome featured Jaywillz on a new single titled “Demo” and in an unreleased track where he featured Slowdog.

All his songs include