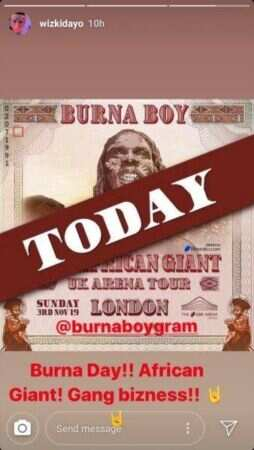 Burna Boy has been burning on Awards, bagging numbers of top-level award like The Headies, AFRIMMMA and counting. He has been announced as the winner of the Best African Act award at the 2019 MTV EMA’s.

Teni, a new-to-the-game but talented artist who is fondly compared with Simi seems to be outshining her competition this year. Isn’t the weather favorable for Simi.

Tiwa Savage Teni and Simi, who is more talented?

Well that’s not the case, let’s look at Wizkid’s reaction to Burna Boy’s emergence as the winner of the Best African Act at the 2019 MTV EMA’s award. 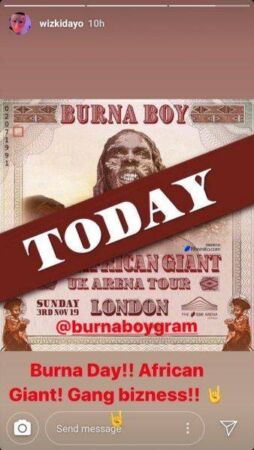 Is there any hidden meaning behind the image posted by Wizkid?