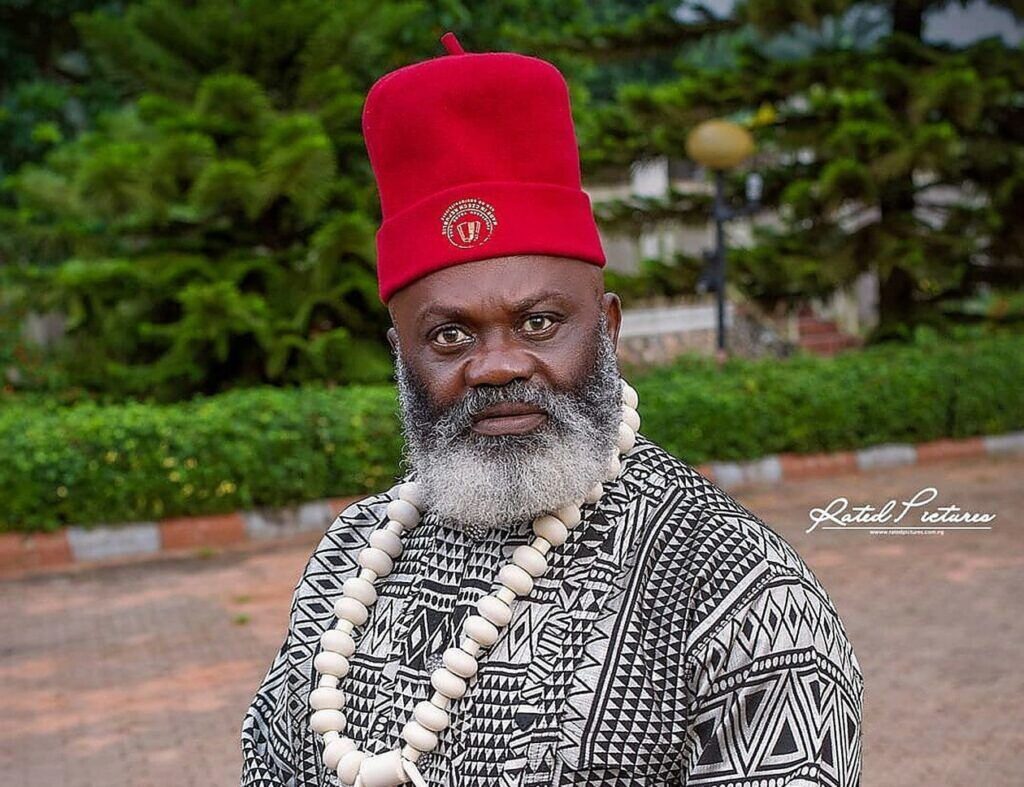 Nigerian veteran actor and musician, Harry B Anyanwu was born on October 8, 1959. He hails from Enugu State and is popularly known for playing the role of a decorated chief in most movies. He became popular in the movie industry after he played a lead role in a Nollywood movie titled “Keke Millionaire” – his debut movie. He has a mark in the music industry with some singles and music video appearances. In 2010 and 2015, he survived a ghastly accident that nearly took his life. In this page, we will be writing about Harry B biography, his marriage, age, family, and net worth,

Harry B was born on October 8, 1959, into a family that originated from Emene, Enugu state. As of 2020, he is 61 years old. He was born in Mbaise, Imo State, and hails from Enugu State which is pre-dominated by the Igbo citizens of Nigeria. He lived in Enugu during his early days and attended Saint Patrick Secondary Emene, Enugu State before he left Nigeria in 1985. He studied at the United States of America for his university institution. While Harry lived in the US, he attempted music before returning to Nigeria in 2004 to join Nollywood.

He got married to his wife in 1997 and their union is blessed with 5 children, two (2) girls, and three (3) boys who are all grown up, except the last son.

After returning to Nigeria in 2004 when he was 45 years old, Harry B Anyanwu joined the Nollywood movie industry. He got roles in movies easily because of the scarcer availability of older actors in the movie industry. His friend in the movie industry, Stan K. Amadi, made it even easier for him to get acting roles. The movie that brought him to fame was a 2013 movie titled “Keke Millionaire”. He acted alongside other top names in the Igbo movie industry such as Cynthia Okereke, Yul Edochie, Queen Nwokoye, Stella Ukwuegbu, and Eve Esin. Harry played the role of a crowned king, “King of Ikore Kingdom” in the movie titled “Ukwu Jiri Aji”, an Igbo title for “Demonic Hip”. Ukwu Jiri Aji was directed by Director Mansion Ali of Hoproc Entertainment Limited.

He is mostly seen acting alongside Pete Edochie, Kanayo O Kanayo, Jerry Amilo, Clem Ohameze, or Kenneth Okonkwo. Harry B also starred in other movies such as;

Twice, in 2010 and 2015, Harry B had an accident that approximately took his life but he didn’t deter from his passion for acting.

Harry B Anyanwu who doubles as an actor and musician also has to his name an 8-track-music EP, Father & Son, featuring Slim Brown. The EP album by Harry B which was released in 2019 has 8 music tracks and they are as listed.

He has also recorded with other popular musicians such as Flavour N’abania, Rude Boy, Olamide, and Mr. Raw. He featured briefly in Flavour N’abania’s music video, Ada Ada and Ogene. He is signed under the Oojee Records label.

Harry B Anyanwu Net Worth

Harry B Anyanwu has won notable achievements awards which include;

Harry B Anyanwu is one of the richest Nollywood actors in Nigeria with an estimated net worth of $700,000.